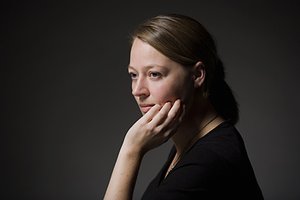 Cathrine Penderup started playing the piano when she was six years old having Marie Louise Ussing as her teacher. After her death she became a pupil of Nina Gade until 1995, where she took lessons from Hanne Mulvad at Musikalsk Grundkursus (Basic Music Course) in Copenhagen.

In 1997 she was accepted at the Royal Danish Academy of Music with Tove Lønskov as her teacher. She made her début concert in February 2006.

In between her education she has studied in Australia, where she got a Diploma from The Victorian College of the Arts in Melbourne having Donna Coleman and Michael Kieran Harvey as her teachers. Besides that she has taken private lessons with Boris Guslitser and Max Cooke.

Cathrine Penderup has also participated and won prices in Berlingske Music competition, competitions at the Academy in Copenhagen and at Ellsinore Music Festivals international Piano competition.

Cathrine Penderup has participated at Master classes with among others Peter Feuchtwanger, Pnina Salzman, Charles Rosen, Katrine Gislinge, Eugen Indjic and Dimitri Bashkirov, and has given concerts in Australia, Germany, Sweden, Norway, Hungary, Italy and Denmark.

She has been a lecturer at the piano faculty at Copenhagen University,  taught piano at MGK and Gentofte Musicschool, and today she has her own Piano School in Copenhagen.

She has recorded cd's as a solo pianist, accompanist and chamber player.